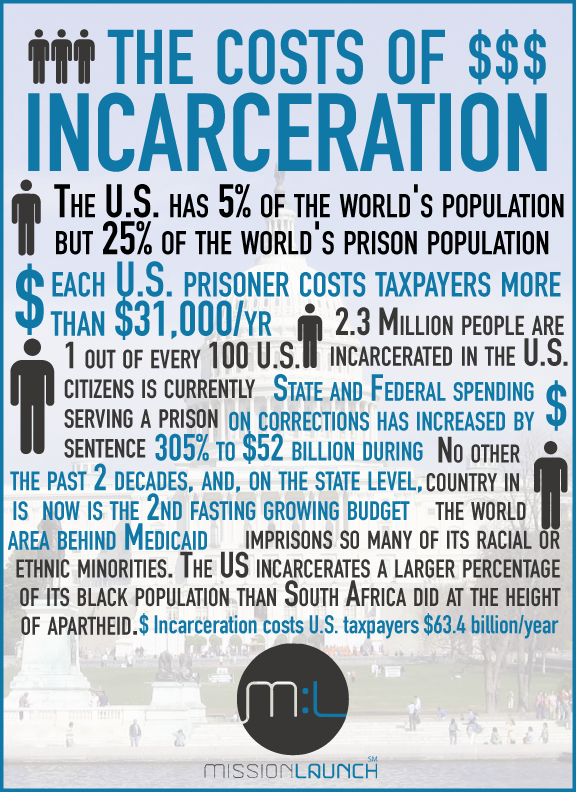 Hack for Diversity and Social Justice

We are expanding the borders of Rebuilding Re-entry D.C. into Maryland, will you join us?

Mission: Launch, Inc. is pleased to become one of the newest sponsors for the Hack for Diversity & Social Justice in partnership with the Presidential Innovation Fellows, the White House Council on Women & Girls, Startup Maryland, The University of Baltimore and so many other great organizations. The Rebuilding Re-entry story will be a case study shared on Friday and Saturday we will dig into the data so that we can visualize what re-entry currently looks like in Baltimore city.

Major partners have opened up Baltimore city population data and we will ask: what issues can we solve, together, once we see the numbers behind the real stories?

This is designed to be a lasting springboard that can be leveraged by the Baltimore community as it innovates and iterates. We are working with core community partners to engage motivated participants to help create innovative and useful assets and outcomes.

We sincerely hope you will join us in 4 days! The sweetest part? This event is hosted alongside Artscape - America's largest free arts festival.

Is Your Organization Being Ban the Box Proactive?

Ban the Box legislation, which started out as a civil rights and advocacy campaign, expands its legal reach. New York City and Oregon are the latest jurisdictions to enact this law. Will your organization be ahead of the curve or will you lag behind, risking fines and fiscal repercussions from conscientious consumers?

Criminal justice reform and the impact of collateral consequences, affecting 1 in 4 Americans with arrest and conviction histories, are now heavily under bipartisan review and discussion. Mass incarceration in America has even become a campaign platform topic leading into the 2016 Presidential Election; politicians are scrambling to be on the right side of history related to this issue.

In my opinion, the right to obtain viable employment, which then leads to self-sufficiency, should be considered an American citizen’s unalienable right just like life, liberty and the pursuit of happiness. Think about it. When you are self-sufficient, you have the ability to take care of both your family and yourself by obtaining housing and covering your own food, clothing and medical expenses – wouldn’t those necessities fall under the category of pursuit of happiness?

Ban the Box provides protection against long accepted discriminatory hiring practices.  Eliminating either an applicant from a first round job interview or a qualified candidate from an offer of employment, simply because they checked yes to a box asking have you ever been convicted on a crime is discrimination.

Employers will still have an opportunity to perform their due diligence through background checks, but this cannot occur until after the interviewing process has led them to extend a hiring offer to a capable and qualified candidate. New York City and San Francisco have differing interpretations of the legislation, providing greater protections to the formerly arrested or convicted.  Their legislatures include clauses stating that negative findings in a background check, which lead to the recension of an offer, must be provided to the candidate including a full explanation of the recension. In addition, San Francisco states that the nature of the conviction must directly be related to the job requirements and/or have a serious impact to potential public safety within the organization.

Whether Ban the Box is eventually passed at the Federal level or through your state or local legislature, depending on the size of your organization policy and procedural modifications may be necessary, including the following considerations and actions:

In order to be legally in compliance with this fast moving and current Ban the Box legislation, it would be beneficial to begin analyzing your organizational policies and having proactive discussions around this topic.

Teaching tech together, for real

What if one connection could impact thousands? A month ago (June 6th and 7th) I traveled to Boulder, Colorado to attend the T3 Summit and learned the possibilities for answering that very question. T3, short for Teaching Tech Together, was a totally new venue for me and the timing seemed just a little off. We were literally wrapping up Demo Day when Teresa and I had to race to the airport to make our flight to Colorado. My mind was not 100% ready to switch into learning or connecting mode or so I thought.

I’d never heard of this conference until I was connected to one of the organizers through a social justice tech ally – Shannon Turner of Hear Me Code. It turns out that I was unfamiliar with T3 because (1) it was a new event, and (2) it was an invite-only event. Thanks to Shannon, we were invited to attend, and also thanks to her, I am still discovering the mandate of T3. 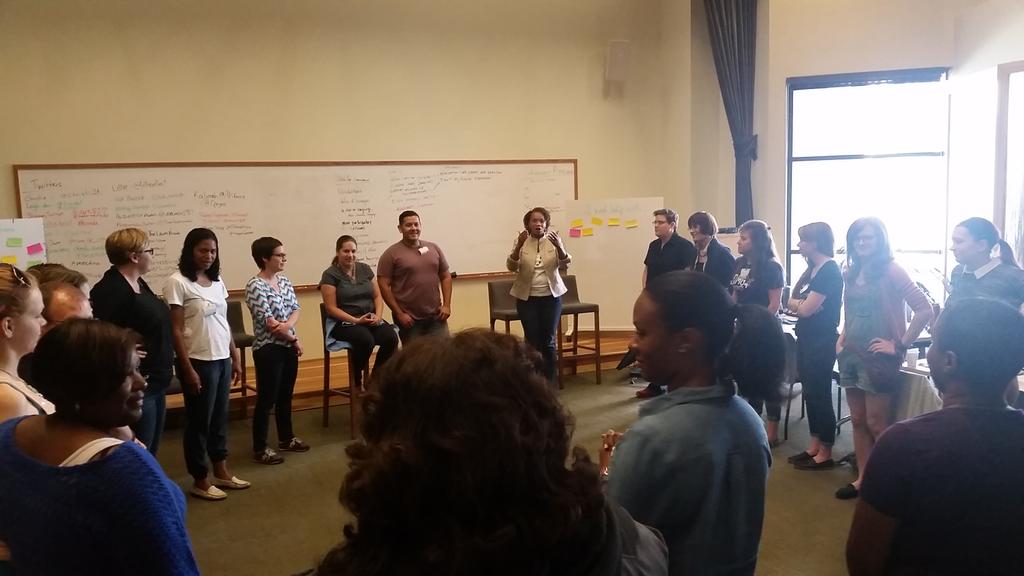 Shannon sat on a panel discussing teaching technology together and how it requires that the civic tech community find unique ways to help the community at large. As I listened and reflected, I realized she was not only teaching the method but lives it!

Hear Me Code is a Washington, D.C. organization that teaches women the computer programming language Python so that they are empowered with coding skills. Through lots of probing, just weeks earlier, I learned that the woman coding a website for Rebuilding Re-entry’s Demonstration Day was trained by Shannon. Clean Slate D.C., which is a criminal records sealing/expungement site, was incubated in part by a volunteer attorney and Code for DC; however, the lead software programmer was a woman who learned to code through the free classes made possible by Shannon Turner. These types of relationships were what T3 was all about.

Shannon was able to share our interaction as a case study so that others might learn how to build an unlikely partnership in their cities. I was able to speak up as the nonprofit partner and share how teaching one woman to code was contributing to improving prison re-entry outcomes in Washington, D.C. Women coding and prison re-entry wasn’t a programmatic connection immediately made, but it turned out to be a perfect match.

During our time together in Boulder, Shannon, Teresa and I were able to really map out how coming together has lead to great things and could yield even more results. If Shannon’s student could continue developing the site post Demo Day, then Mission: Launch would be able to pursue funding to maintain this community-owned, open source platform that will help thousands of D.C. resident.

We all left with a renewed commitment to supporting each other’s efforts and a coffee date. T3 accomplished its stated goal. It is kind of crazy, but by us slowing down long enough from our busy lives here in D.C. to gather in Colorado, we were able to visualize how Hear Me Code and Mission: Launch really are teaching tech together. Hear Me Code needs meaningful projects where students can practice their new skills. Mission: Launch, Inc./Rebuilding Re-entry envisions social justice tech that often needs the contribution of volunteer coders in order to build prototypes and determine viability. It’s an unlikely connection that will surely change the city for the better. 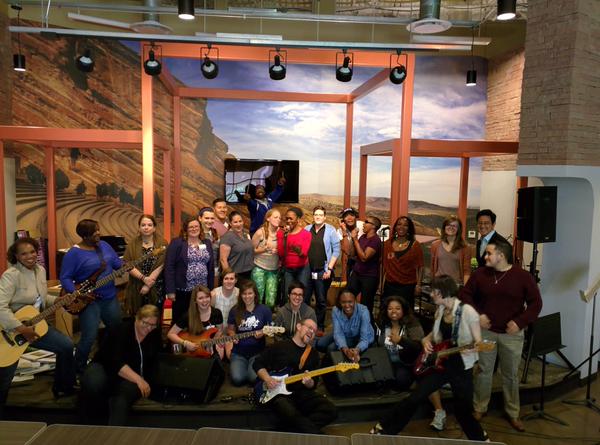 On April 9, 2015, the Woolly Mammoth Theatre was abuzz with a few hundred theatergoers from the Washington D.C. metropolitan area in attendance for the performance Lights Rise on Grace , a Chad Beckim play. It was billed as a night of theatre and candid social justice discussion co-hosted by Woolly Mammoth and Mission: Launch.